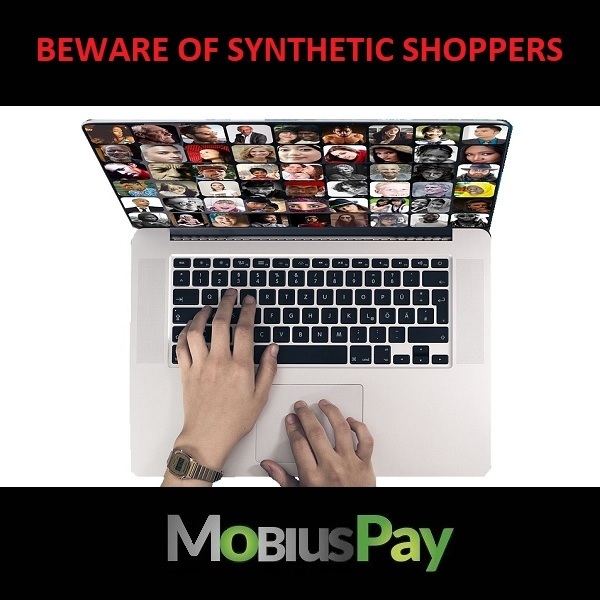 Fraud isn’t a new thing. In fact, people have been posing as other people for as long as civilization has been in existence. With the global pandemic, so many shoppers have resorted to solely digital transactions. Covid-19 has changed the face of business across the globe, and has created an ever-growing list of online businesses, and the customers to go with it. Along with all of this online business comes the synthetic shopper as well. What’s a synthetic shopper? A synthetic shopper is an online customer using a fraudulent identity to acquire merchandise, loans, etc.

Synthetic identity fraud uses a combination of real and false information. Social security numbers, physical addresses, and email addresses can be used to create a new identity to gain credit cards, and assorted loans to make online purchases. It can be hard to validate the entirety of an identity when they have enough true information to make their fake persona seem real. In 2019 there was an article put out by the consulting and managing firm, McKinsey & Company, described online identity fraud as one of the fastest growing financial crimes out there. With access to so much information about people, without actually having to search very hard, it’s not difficult for people inclined towards fraud to build a convincing identity.

What Does An Increase In Synthetic Identities Mean For Businesses?

It could have the worst effect on merchants that offer up their own from of credit account for their customers. Private credit accounts won’t have bigger banks and credit companies behind them, which means the business owner will be the one responsible for any lost funds. It also means there won’t be the backing of fraud investigation teams, which could be essential when trying to track down and recover lost funds. Fraud affects all business, and the trickle down is going to eventually reach everyone, which is why it’s good to prepare for synthetic identities whenever you put your business online.

How To Discover A Synthetic Identity

Most currently existing forms of fraud protection aren’t designed to deal with the newly formed synthetic identities. Forms of fraud protection are traditionally based around finding the items that don’t match up with a real identity, and using those to base the investigation off of. The problem with most forms of fraud protection is that synthetic identities are based off of a majority of true information carefully distributed to throw off the scent. Another part of the problem is that lenders are just writing the fraudulent activity off as a loss, and so it’s staying undetected by any fraud investigators. If the lenders think that the client they underwrote is just a loss, then they don’t necessarily think about it as a crime, just a bad customer. There are plenty of fraud crimes that have been able to slide under the radar due to lack of being reported.

It’s a smart move to hire a company to protect you from synthetic identity fraud. This kind of work requires a massive amount of data collection, and is still growing to keep up with the evolution of fraud.

There isn’t a perfect form of synthetic identity detection out there, so as a business owner you also have to be aware of false positives. Because so much of the information being used isn’t made up information, it can be easy to have someone’s real identity be mistaken for a fake one. Be aware that you really don’t want to start scaring off customers, and that it may be worth it to place more faith in an identity that might be hard to validate. Typically, there will be AI systems in place as a first line of defense against synthetic ID fraud, and it’s worth the risk to keep your customers feeling happy and secure, instead of feeling like they are constantly under questioning. Maintaining customer relations has to be one of the most important aspects of your business, if you wish to keep expanding your customer base.

With this new form of fraud, comes a whole new mess of problems for merchants, but it’s still worth running your business online. The market out there has grown so vast, and with the current standard of social distancing during the pandemic, it’s worth taking the risk to keep your business going and growing. There will always be new forms of fraud being invented, and that just means it’s worth keeping yourself up to date on what types of fraudulent activity are being committed. Keeping a watchful, but not paranoid eye on your business, and increasing clientele base that you will probably never meet, is going to help you head towards a profitable future.

To learn more, contact our MobiusPay support team for assistance.