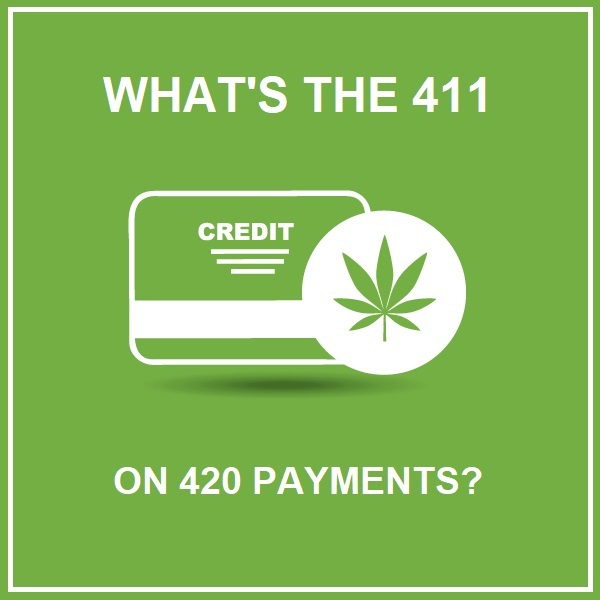 Ever since Colorado became the first US State to legalize marijuana, merchants have been waiting for the smoke to clear on the payment processing side of the cannabis industry. Colorado Amendment 64, which was passed by voters on November 6, 2012, led to full legalization of all forms of marijuana within Colorado in January of 2014. Washington and more than a dozen other states soon followed with their own legalization laws, but the national prohibition on marijuana has continued to hamper everything, including the hemp industry.

As of this date it remains illegal federally to own or possess marijuana in any form for almost all individuals. It is largely illegal to grow marijuana federally, even in places where State law permits it. While many pioneers of the weed business have found workarounds to the challenges that exist, the one major obstacle nobody has legally overcome is on the banking side of the business.

Presently, any marijuana business is precluded from using standard banking to store funds, prohibited from accepting credit card payments of any kind, and is open to criminal prosecution if they claim what would otherwise be ordinary businesses expenses as part of their tax filings. As more and more states adopt some form of legalization of recreational or medicinal marijuana, the national laws against it are becoming increasingly untenable. Now it seems Congress is starting to change its point of view.

For the first time in U.S. history, the House of Representatives allowed a vote beyond a specific committee, and the entire House approved legislation that would remove marijuana from the Controlled Substances Act, decriminalizing it at the federal level. The groundbreaking bill, H.R. 3884 titled The Marijuana Opportunity Reinvestment and Expungement Act passed in the House with a 228-164 floor vote.

The Public Party Is Being Held Up By Party Politics

Keep in mind, this is reason to be optimistic, but it isn’t reason to celebrate. For starters, the House passing the bill does not change anything legally unless the Senate passes it as well, and that seems very unlikely at this time. The vote in the House was almost entirely done on party lines, with only five Republicans voting in favor of the measure and only six Democrats voted to oppose – suggesting it is likely to become a political issue used for the benefits of their bickering parties, rather than a decision made by statesmen with a clear focus on what would be best for the country.

Decriminalization Is Not Legalization

Also of note, while many media outlets and pretend pundits are lauding this Act as a “legalization of marijuana”, the simple fact is that it would only decriminalize marijuana. That’s a very important overlooked distinction. In effect Congress is announcing, at best, that it will not take the affirmative step of making marijuana legal nationwide. It will only be essentially looking the other way in matters where a State has chosen to legalize.

While that does suggest banks and card associations may soon be able to accept payments and deposits relevant to cannabis in States where it is legal, it still most likely would leave them open to headaches and investigations of any interstate transactions that implicate businesses or residents of States where it remains illegal.

Again, while a federal decriminalization would make something like having marijuana in your suitcase at an airport less problematic, it doesn’t address what happens if you happen to be flying to (or even getting a connecting flight within) a State where the substance happens to be illegal.

Many are also arguing that marijuana decriminalization does not go far enough, and some states have already started to push for an even wider acceptance of recreational drug use. Denver Colorado recently decriminalized psilocybin mushroom use and Oregon went even further Oregonians have approved Measure 110, which decriminalizes possession of small amounts of heroin, cocaine, LSD, oxycodone and some other drugs.

The impact of wider legalization efforts by States is unlikely to bring the federal government, banks or card associations around to accepting payment processing for cocaine any time in the near future, but that sort of broader acceptance by the populace definitely might accelerate the pace at which the national decriminalization of so-called “softer” drugs is passed through congress.

When Cannabis Billing is legal, MobiusPay will be ready to move on it for all of our merchants. Now is the time to position yourself to cash in on the coming wave of opportunities that may soon exist in the cannabis marketplace, but your investment should not be based on any immediate changes to the way credit card processing is handled in that market. It will definitely take months, and may take years, before the green industry actually gets a green light to start selling weed via Mastercard or Visa.